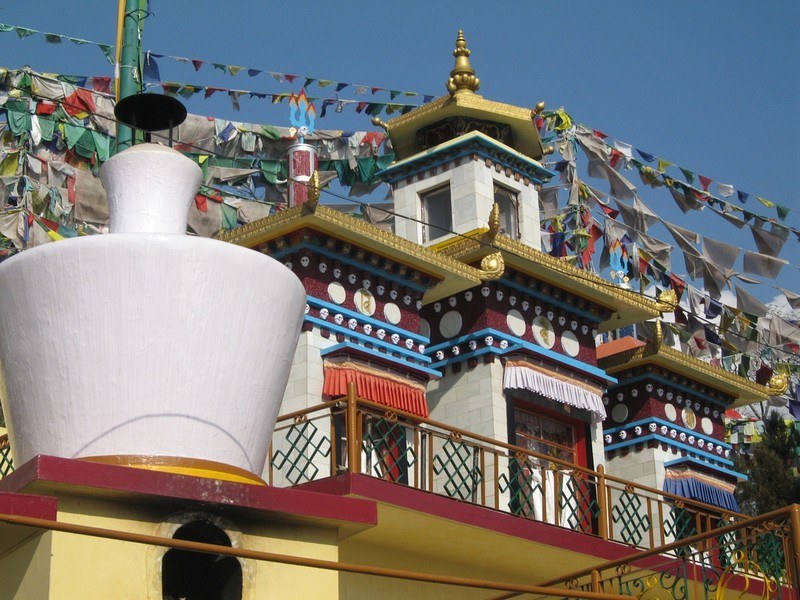 The best time to visit is March – October.

The Tsuglagkhang Temple is located at the southwest corner of McLeod Ganj. The temple is track down at the bottom of the hill with a iron gate and signs that read “Entrance to Temple.” Tsuglagkhang Monastery is the most important Buddhist Monastery at a distance of two kilometers from McLeod Ganj Bus Stand and 4 km from Dharamshala.

The Tsuglagkhang complex, home of the 14th Dalai Lama, the spiritual leader of the exiled Tibetans, is considered a sacred haven for Tibetans. Tsuglagkhang is more than the official residence of the Dalai Lama, also called the Photang. It also has a Tibetan Museum, Namgyal Gompa, and the Tsuglagkhang temple. This temple is along with a residential complex for his Holiness and his followers. The monastery shares out with the training of monks for rituals associated with holy shrines, whereas the temple is a chief place of worship. The temple itself has three major deities. The first deity is the bronze Sakyamuni Buddha, standing 3m tall. The other two are Padmasambhavna and Avalokitesvara, the Buddha of compassion and an idol facing Tibet, respectively. It is open from dawn to dusk each day and is visited by thousands of tourists and devotees.

Tibet Museum is the first building inside the Tsuglagkhang Monastery. The ground floor (GF) of the monastery comprises of Chinese incursion of Tibet along with several other pictures. The museum shows tourists the major tenet behind the inflow of Tibetans to India. It has got a meditation hall that have some pleasing thangkas, and statues along with Kalachakra temple that has beautiful murals.

The monastery also has a locus called Namgyal Gompa which is booked for religious debate. There is also a well-known Kora ritual which comprise walking in a clockwise direction along with a specific path. This monastery has a book shop, garden, cafeteria, library and a museum.

Inside and Around the Tsuglagkhang Complex