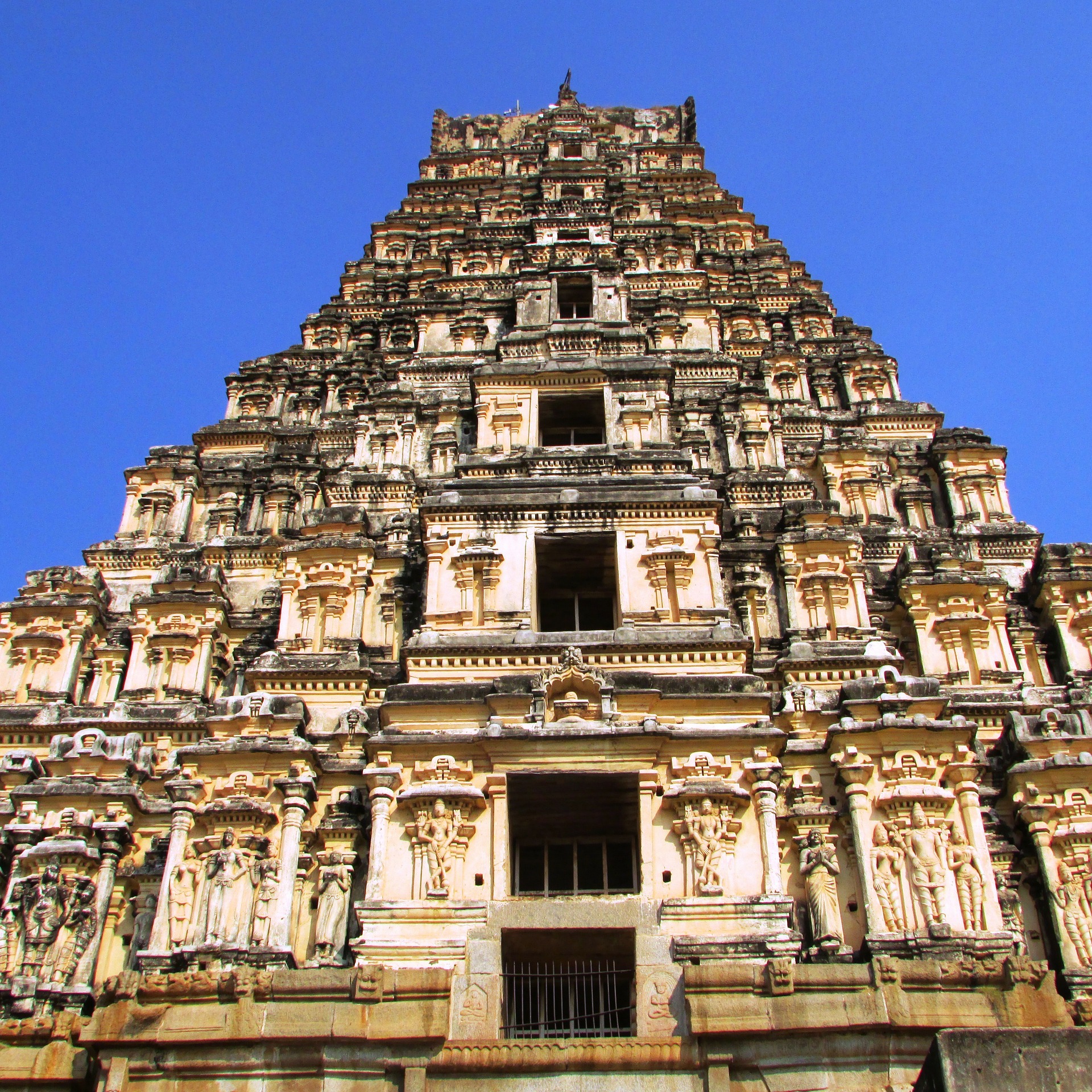 You are never lost when you see the temple. The temple will provide direction for you and your family in a world filled with chaos. It is an eternal guidepost which will help you from getting lost in the 'mist of darkness'. It is the 'House of the Lord'. It is a place where covenants are made and eternal ordinances are performed.

The Virupaksha Temple is the esteemed Lord Shiva temple in Hampi, Karnataka. Hampi is on the south bank of river Tungabhadra. Believed to functioning uninterruptedly ever since its inception in the 7th Century AD, Virupaksha temple is the oldest and the predominant centre of pilgrimage in Hampi, resulting it is also recognized as one of the World Heritage Sites of UNESCO. It started of as a little shrine and later developed into a huge temple during the Vijayanagara rule and it grew its glory in the wide range. There is indication that shows additions were made to Virupaksha temple during later years of the Hoysala and Chalukyan dominance. The Virupaksha temple has survived through the years and it is the holiest and sacred retreat. It’s still pristine amidst the ruins that surround it. It attracts large group of people especially in the month of December. The yearly chariot festival is conducted in the month of February.

Over the centuries the temple gradually expanded and stretched out in a large area with many sub shrines, flag posts, pillard halls, towered gateways, lamp posts and even a large temple kitchen. The temple has a sanctuary, a hall with a number of pillars and 3 antechambers. There is a pillared monastery, courtyards, few small shrines; and entrance ways surrounding the temple. You can access the main entrance of temple through the chariot street in front now popularly called the Hampi Bazaar. During the governance of Vijayanagara kings, the temple decorated with beautiful artworks. The walls of the temple carved with sculptures, murals and cultural events. Under the rule of Sri Krishnadevaraya, the road which leads to the temple was beautified by recreating sculptures. Even though after Sri Krishnadevaraya, the invaders destroyed fierce fully the beautiful structures and magnifiicent sculptures of Hampi City and the Virupaksha temple but the glory of the temple didn’t sink down., the devotees continued their pilgrimage to the temple. The major revamping works of the temple done in the early 19th century. The destroyed parts restored, the north and east gopurams constructed to bring back the glory of the temple.

The East facing side of the main temple has two large courtyards, one leading to the other and you can directly enter into the first courtyard through the tower. This courtyard mainly adobe a pillared hall called 100-column hall at the far-left corner. Kalyanamantapa at the far-right corner, administrative offices, the ticket counter, a police outpost and even an old well. A kitchen complex structured out of the compound overlapping the two courts at the south wall and a narrow passage on the wall of the pillared hall gives access to the kitchen. The floor of the kitchen complex has a water channel system connected to the nearby river and the remains of its feeding channels outside the southwest corner of the temple corner are visible.

It is almost undoable to find so much art and architecture anywhere else in the world. Exploring this art is the way of paying homage to the God that resides within these sanctuaries. Virupaksha in Hampi was one such expedition. A 3-headed Nandi, beautifully ingenious murals, and an upside-down shadow – who knew the temple has so much to offer to the visitors!

There isa police outpost on the right side close to the tower. Foreign tourists are requested to register their details here like entering names and other details in the register book kept at this office. Towards the second tower you would find the ticket counter and the shoe safekeeping booth and a souvenir stall with a good collection of books & maps on Hampi. The three storied tower built in 1510 AD is known after its patron, Krishnadeva Raya, one of the widely known kings of the empire. From the ticket counter close to this tower you can buy the entry ticket (5 INR), camera ticket (50 INR) and pay the video camera fee (500 INR). It also gives access to the inner court. In the middle of the court there is a lamp post facing the main shrine, the Balipitas (sacred platforms), a flag post and a whitewashed pavilion in which two Nandi(bull) statues are ranked. Roughly this open area has the pillared cloisters leaving gaps at the north, south and east edges for a series of sub shrines and the facing portion of the cloister is lined with a row of furnished pillars. Close looks at each of the pillars reveal interesting figures of animals and other life scenes. Pair of elephant guardrail at the middle of the row gives access to the top of the cloister platform. The western end of the south cloister shows a rectangular opening on the floor. A Nandi is positioned near the opening and near to it is a huge stone urn with decorations. Towards the end you can see a pair of metal bells and a large leather clad instrument.

The most important of the sub shrines are lord Shiva consorts that of Goddess Pampa and Bhuvaneswari towards the north of the main shrine. These shrines are in fact much older than the rest of the glorious structures in the compound. The doorways, short circular pillars and the ceiling are richly carved. A bit east along the cloister, you can spot a flight, leading to an underground chamber and it contains the shrine of Pataleswara, a form of lord Shiva. Further east is the shrine of the planetary deities. Images of the Nava Grahas (nine planetary deities) are arranged on an elevated platform.

As you pop into the Ranga Mandapa, you must watch up to the ceiling to reveal some pretty amazing murals. Some of these have been badly restored probably leading to more damage. But what remains is exquisite. The murals are the most vibrant on the ceiling of Ranga Mandapa. However, a few other temples are still visible in some of the peripheral of Virupaksha temple. The painting inside these temples are very old around 600 years and depict scenes from Hindu mythology. The Ranga Mandapa is the area where all social activities took place. This place was no doubt tog up the most, with both carvings and paintings, to convey the power of the King that built it.

This location has extended deliberative holy right from time immemorial. It is one of the few places of continuous worship from ancient days and is the only temple that has survived the widespread destruction by the Deccan sultanate.

Surroundings the temple there are plenty of dilapidated mandapams. There was an ancient shopping centre relating with mandapams in front of the temple. The ruins of it stand still, today.

The nearest airport is Kempegowda International Airport and Hampi is located 362 kms from airport. The cheapest way to reach there is to take Hampi express train from Bangalore to Hospet then take taxi from Hospet to Hampi.

There are guest house and budget hotels available in Hampi bazaar near the famous Virupaksha Temple. The are two great hotels in Hampi one is budget hotel and other is luxury hote.